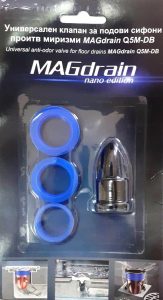 The new Q5M-DB valve has small dimensions Ф28 and H58 mm. Debit is up to 19 ltr./min. It is intended for floor siphons with a smaller opening than standard siphons from Ф31 to Ф40. The set also includes three gaskets of different sizes /31-33 mm, 34-37 mm, 38-40 mm/. They are extremely easy to place on the valve before it is installed in the siphon. 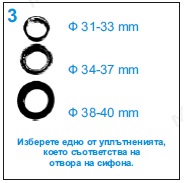 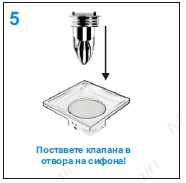 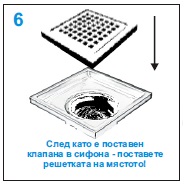 Replacement of an existing drain

Universal disc for installation of valve Q-5 and valve G-50 on other models of floor siphons. Thanks to the universal disc, you can easily and quickly install the innovative valve MAGdrain in an already built different model floor siphon. By following the steps in the instructions you will easily and quickly place it in the old floor trap and benefit from the full resources offered by the valves MAGdrain. 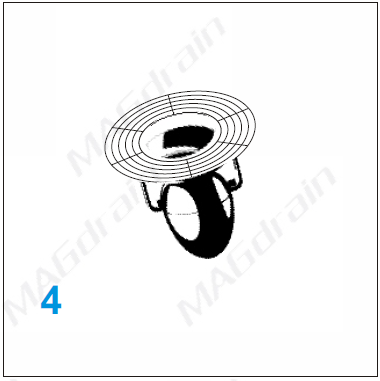 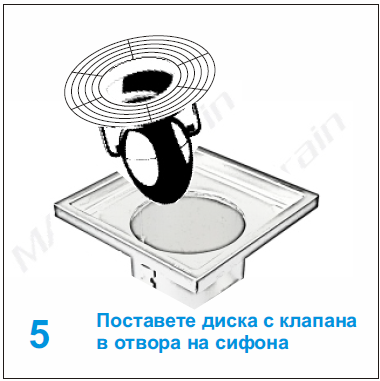 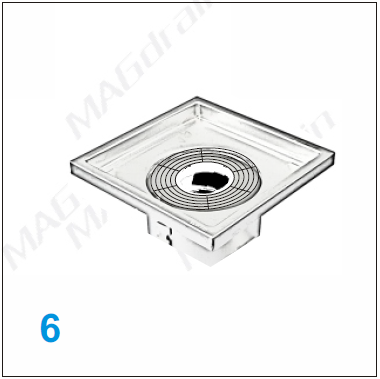 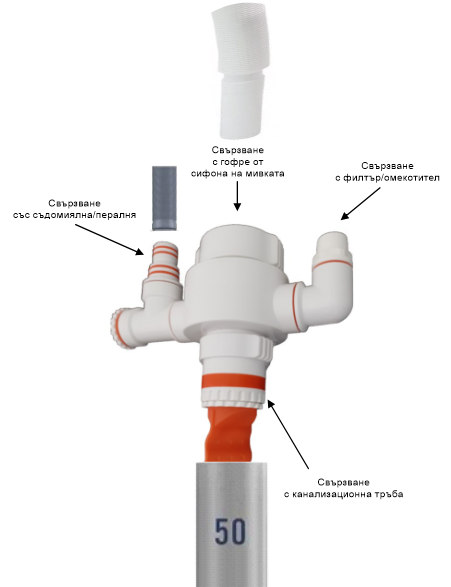 The floor siphon MAGdrain must be installed in a vertical position. Place the pipe axis exactly with the siphon axis to ensure the best draining effect.
Sufficient sealant should be applied around the mouth of the pipe. After that, the siphon should be placed in it.
The siphon grid should be slightly lower than the level of the floor /tiles/.
Putty or white cement should be used to fill the gaps and holes in the floor.
Do not obstruct the concrete hardening process for at least 24 hours. During this period, please avoid stepping on the siphon. 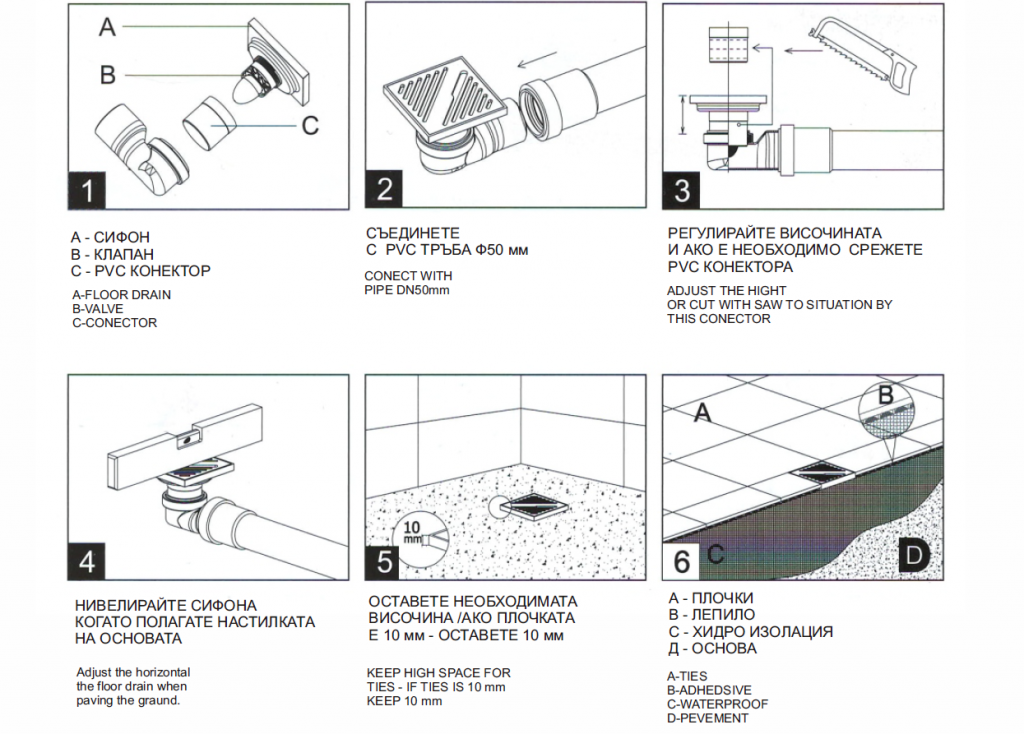 With this installation - the valve will not work properly: 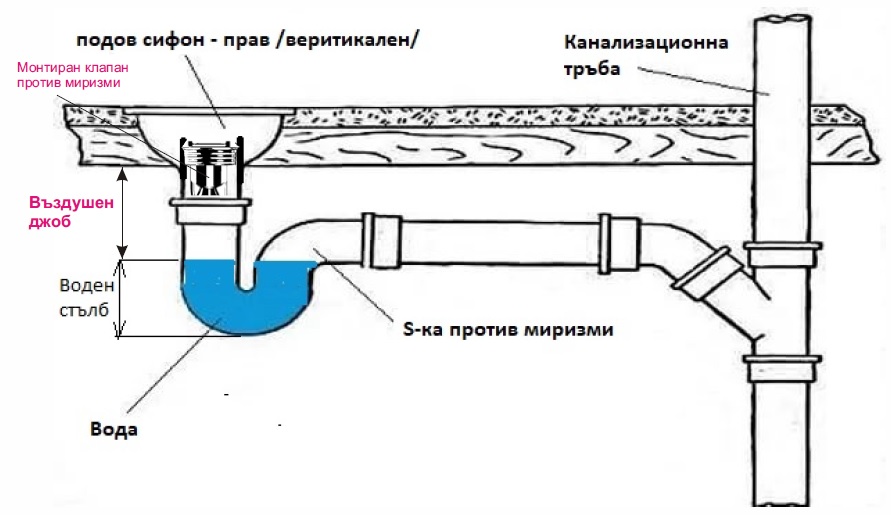 Example of a correctly positioned valve: 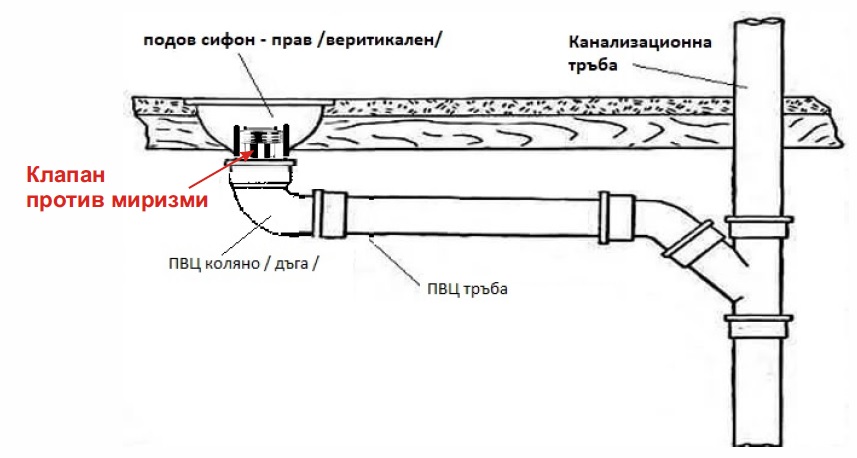 MAGdrain valve use and maintenance:

The flow rate of the siphon is large enough - so there is no need to open the decorative grid under normal conditions.
Clean the valve regularly to avoid deposits that can prevent it from working properly.
The hair in the collector is cleaned when necessary.
It is recommended to clean the floor siphon annually with a disinfectant to prevent the development of bacteria.
The valve may refuse to work properly if water mixed with a large amount of solid particles (sand and others) passes through it. If this happens, use a large amount of clean water to wash off the sand. In rare cases, the accumulation of dirt and sand can cause the valve to malfunction.
Check that the valve is working properly after installation, remove the grill and the hair collector.
Twist the valve while holding it by the handle to remove it and clean it with water - if necessary!
For cleaning and maintenance – clean the valve with warm water!

The use of cleaning tools or devices with milling or rubbing functions such as a scouring pad, stiff sponge or brush it is not allowed. Using a steam cleaner is forbidden, because after the rapid temperature change, the coating may be damaged. Only liquid detergents and microfiber cloths are suitable for cleaning floor siphons. Follow the instructions of the detergent manufacturers.

Clean the siphon and the valve REGULARLY!

Demonstration of a magnetic valve MAGdrain 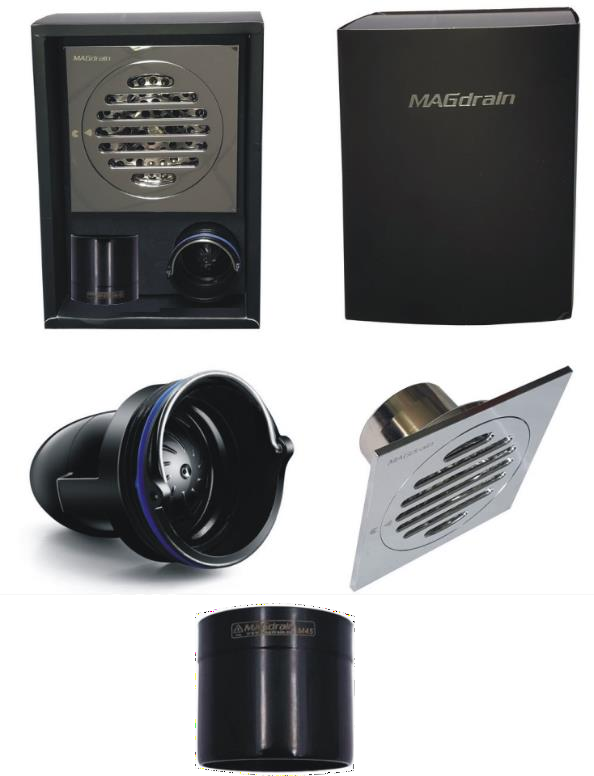